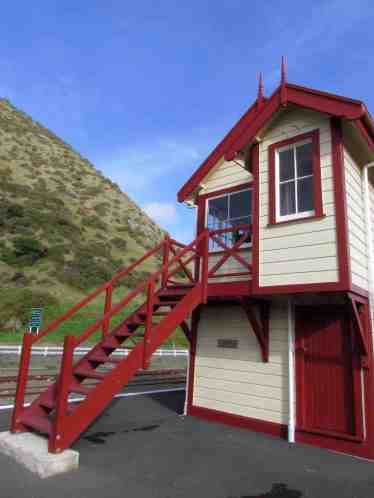 This signal box on the Paekakariki Railway Station platform tells of an illustrious history of a small coastal town intimately linked with the railway. The railway station dates from 1886 when the Wellington and Manawatu Railway Company’s line from Wellington to Longburn was completed. The railway runs alongside the state highway, the Paekakariki to Porirua segment of which was completed nearly four decades before, in 1849. Both transport links run through a narrow corridor of flat land wedged between steep hills to the east and the sea and old dune-lands to the west [click here to view map]. The town itself lies on a narrow band of undulating dune-lands, contributing to its slightly idiosyncratic character; its name, meaning “perch of the kakariki parrot” in Maori, seems particularly apt.

The steep terrain immediately east of the township made it useful training area for US marines, who were based just north of the town during the Second World War. At the height of the occupation there were over 20,000 Americans stationed in the region, significantly outnumbering locals. The eastern hills proved suitable terrain for marching and mortar practice, while its beaches were used to practice amphibian invasions.

However, the steep terrain, with its fast-flowing and easily swollen streams, also makes the town vulnerable to both slips and severe flooding, such as the flash flood which swept through the town in 2003. Today, the town remains small, with a population of around 1,600, but its topographic constraints have helped it to retain its compact, vibrant and village-like feel. 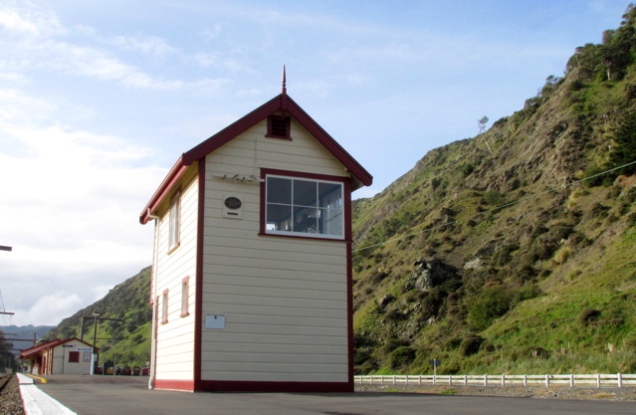 See also: The opening up of the Manawatu – the “waste land of the Colony” ; A historic day for Kapiti: the opening of Whareroa Farm ; Last train to Muri: train station closes after 60 years