I have been trawling historic newspapers in Papers Past in my efforts to research early European attitudes to New Zealand’s rivers. In the course (unintended pun) of doing so, I stumbled upon a report on the drainage of the city, submitted to the Christchurch City Council in 1864 by the City Surveyor. It is illuminating given the city’s struggle with flooding following the Canterbury earthquakes. END_OF_DOCUMENT_TOKEN_TO_BE_REPLACED 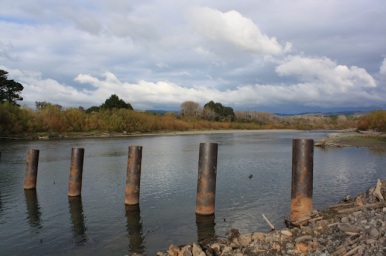 Living in Christchurch, I was always vaguely aware of a park in the north-east of the city called “The Groynes”. It seemed an odd, and rather un-illustrious name for a park (given its homonymity with that particular part of the body), but I never took the time to find out what its origin was.

Had I had the curiosity to investigate, I would have found out that “The Groynes” derives its name from large blocks, made from concrete filled woolsacks, which were placed in the END_OF_DOCUMENT_TOKEN_TO_BE_REPLACED 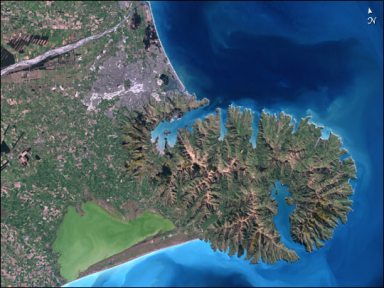 I have been reading Kenneth B. Cumberland’s 1981 book Landmarks recently. The book, which was published in parallel with a television series of the same name,* is a colourful presentation (both in the literal and metaphorical sense)  of Cumberland’s views on New Zealand’s environmental history, supplemented by many photographs and illustrations. Some of the archaeological and palaoecological information is now somewhat outdated (for instance, the dates that humans first settled New Zealand and other radio-carbon dates), but it is nevertheless a highly worthwhile read – END_OF_DOCUMENT_TOKEN_TO_BE_REPLACED