I have often heard the region of Taranaki referred to as the “Kingdom of Taranaki”, owing to the fierce independence displayed by its long-time residents – particularly farmers, and particularly in relation to property rights. While the epithet is used facetiously, it is often underpinned by a sense of admiration for this feisty independence. But is there a reality to this perceived feistiness, and if so, is there some historical reason for it? END_OF_DOCUMENT_TOKEN_TO_BE_REPLACED

It seems both ironic, yet at the same time intensely appropriate to me that New Zealand’s first major environmental publication was written by a farmer – one of the many who helped to so dramatically transform the land into the landscape we take for granted today.

Tutira: the story of a New Zealand sheep station (1921) was written by William Herbert Guthrie-Smith about his sheep station in the Hawkes Bay [click here to view location]. In particular, he chronicled – with meticulous detail – the way he developed the land, and the implications that these “improvements” had for the ecological, hydrological and geological systems that had functioned within the landscape for thousands of years.

The earlier post on Hunting in New Zealand prompted one of our regular contributors, Paul Knight (now 74), to reminisce about his own hunting days:

When I was a chil 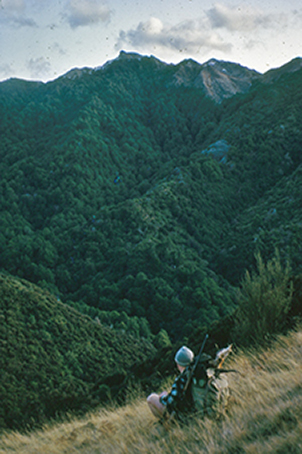 d, my father used to take me fishing in Whangaroa Harbour and hunting for rabbits and hares, ducks and swans.  By my early teens I had graduated to hunting deer.  The purpose of both the fishing and the hunting was to keep an old freezer stocked for the family of 6. By the time I was a university student in the 1950s, I went hunting for deer by myself, traveling by motorbike with sidecar (Triumph 500 Speed Twin), mostly to Minginui Forest, west of Te Urewera National Park.

Hunting at Minginui was always successful.  There was no need to get up at dawn.  Even in the middle of the day you could creep up on clearings in the kanuka scrub or forest with a good chance of finding a herd of anything up to about 20 deer resting in the sun.  They would make off in panic and not infrequently ran straight at me in the confusion. END_OF_DOCUMENT_TOKEN_TO_BE_REPLACED

In 1870, Colonial Treasurer Julius Vogel introduced a public works and immigration scheme, under which suitable immigrants would be settled along the projected lines of the road and railway. The idea was that the construction work for this infrastructure would support the settlers until they could develop farms on the blocks of land allotted to them.

At this time, the Manawatu and western Hawkes Bay was still largely undeveloped, in most part covered in dense impenetrable forest. For these areas, Vogel was keen to recruit settlers from Scandinavia, who were reputed for their skill as foresters and axemen. It also appears that he may have also been influenced by an early, and rather illustrious settler in the Manawatu – Ditlev Gothard Monrad, former premier of Denmark. Monrad had immigrated to New Zealand, along with his family, in 1866, in a kind of self-imposed exile. Clearly not afraid of hard work, he found a small clearing on the banks of the Manawatu River, in Karere (near Longburn) and, using timber from the surrounding thick forest, built a home and then went on to develop a farm. END_OF_DOCUMENT_TOKEN_TO_BE_REPLACED 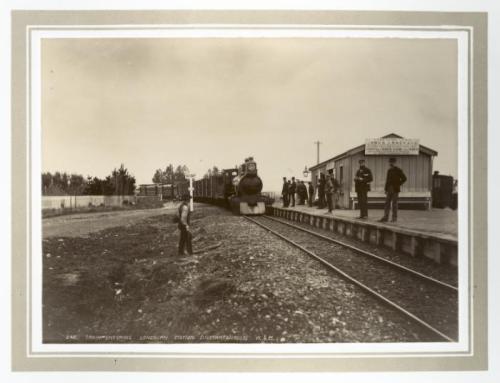 As Lois Hall outlines in her history of the Pohangina Valley, large areas of open grassland such as those found in Canterbury and eastern Hawkes Bay had been quickly settled in the 1840s and 1850s, mainly by more wealthy settlers. But by the latter part of the nineteenth century, the government turned its focus to the provision of land for the settlement of those of lesser means and the descendants of the original settlers who sought to own their own farms. Attention turned to regions that were still forested and undeveloped, such as the Manawatu and western Hawkes Bay. END_OF_DOCUMENT_TOKEN_TO_BE_REPLACED