Growing up in the Manawatu, I took for granted the largely homogeneous dune landscape of Himatangi, Foxton and other west-coast beaches – oblivious to the fact that this was a primarily man-made landscape. As Raewyn Peart explains in “Castles in the Sand”, the appearance of sand dunes have been extensively modified, firstly through deforestation, and then through intensive re-stabilisation efforts from the 1930s onwards. END_OF_DOCUMENT_TOKEN_TO_BE_REPLACED 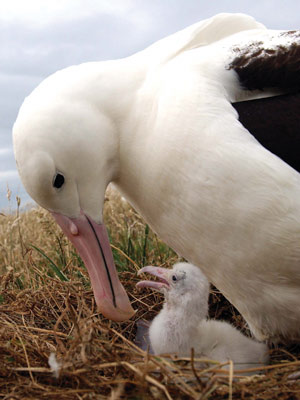 In her book outlining the history and development of the New Zealand coast, “Castles in the Sand”, Raewyn Peart relates the remarkable story of the Taiaroa Head albatross. This is a tale of determination – both of the albatross itself, and the man who decided to intervene on its (and our) behalf.

The majestic royal albatross  – among the world’s largest flying birds, with a wingspan of 3 metres – nests mainly on offshore islands. Taiaroa Head, on the Otago Peninsula [click here to view map], is now the only mainland albatross nesting site in the world. However, even here, its ongoing survival has been a tenuous one.

The first recorded albatross egg laid at Taiaroa Head was found in 1920. However, before the egg could hatch, the residents of the nearby lighthouse had taken it to eat. END_OF_DOCUMENT_TOKEN_TO_BE_REPLACED