Though my implement of choice for environmental history is the pen (or more accurately, the keyboard), I am known to pick up a spade from time to time. Specifically, to plant native trees on land in the Pohangina Valley, about 40 kilometres north-east of the Manawatu provincial “capital” of Palmerston North [click here to view location].

When I do so, I am deeply conscious of the fact that I am undoing the toil of hardworking men who “broke the land in” only a century ago, transforming the Manawatu – at the time described in a government advertisement as “the waste land of the Colony” – into productive farmland. Sadly, as we know, this transformation was achieved by destroying all but small pockets of lowland and hill country forest: by first cutting out the larger trees, burning the remainder in massive conflagrations that could be seen from many miles away, and then “stumping” – removing the charred tree stumps. Grass-seed was then sown among the ash-covered soil – temporarily enriched by the burnt skeletons of the forest that had thrived on those soils for thousands of years.

Fortunately for environmental historians, this process was documented by a p

hotographer active at the time, C.E. Wildbore; indeed, it is one of his photographs of men milling trees at Komako, in the Pohangina Valley, which graces the cover of Brooking and Pawson’s “Environmental Histories of New Zealand” (see Resources page).

While my actions play only a very small part in the reversal of this process, they are a reminder that we are not just observers, but also actors, in our environmental histories. 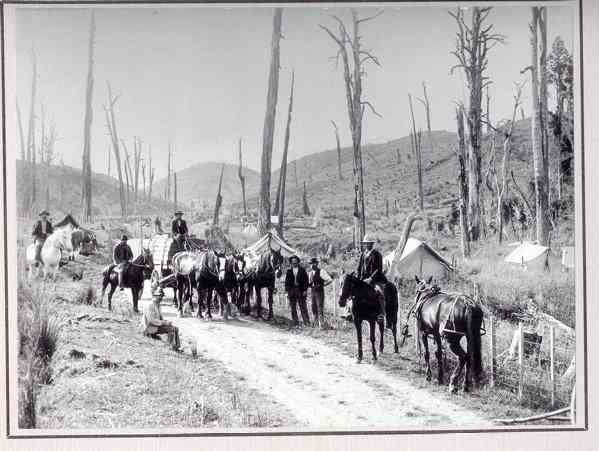