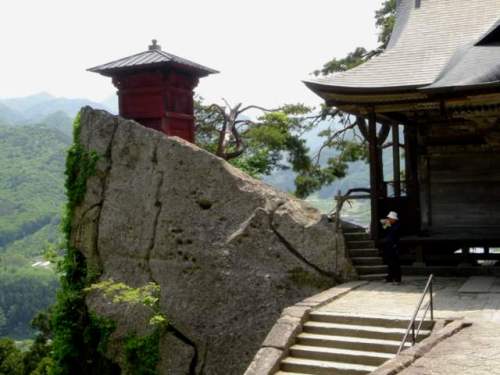 Once again, I find myself writing about a place that I hold great affection for, after it has been devastated by a natural disaster [see also: Christchurch – a city haunted by its environmental past].  This time the north-east of Japan, where a tsunami (tidal wave) of up to 10 metres high struck the eastern coast, following the magnitude 8.9 earthquake of 11 March.

Tohoku(meaning north-east) is the name given to the region to the north of Honshu, Japan’s main island. The region is made up of six prefectures: Akita, Aomori, Fukushima, Iwate, Miyagi and Yamagata [see map below – click on map to enlarge]. The region is much less densely populated that the regions of Kanto and Kansai, where the large cities of Tokyo, Osaka, Nagoya,

Kobe and Kyoto are situated in relatively close proximity to one another. Even so, compared to many countries in the world, the region still has sizable populations, especially on the relatively flat coastal plains – with devastating consequences, as has been seen.

The region is much colder than the Kanto and Kansai regions, and like New Zealand’s Southern Alps, has a large mountain range (also called the Alps) which is covered in dense forest – of both exotic plantation species and indigenous beech dominant systems. These indigenous forested landscapes are habitat to diverse wildlife, including foxes, monkeys, serow (a type of ungulate), wild boar, snow hares, and even bears (Asiatic black bear), as well as many bird species.

Until about the 7th century, the Tohoku region was inhabited by the Ainu (or Jomon) people, but the area was colonised by force by the Yayoi people, who had migrated from the Asian continent and colonised southern Japan around the 4th century BC. To this day, there are artifacts of this separate ethnic history – including in place names and language.

Primary industries such as agriculture and fishing are still very dominant in the region, and the rhythm of life is noticeably more relaxed, and, in the remoter areas, much more in tune with the natural environment. Once one is able to acclimatise to the very different accents in the north, the people are generally extremely friendly and hospitable, but also down to earth.

I spent several weeks in the Tohoku region over two visits to Japan as part of my doctoral research, which examined environmental history and management in Japan, using the Asiatic black bear as a window through which to view environmental practices and human-environment interactions through time – from prehistory through to today. During the course of this research, I spent much of the time in Iwate, visiting Morioka, Tono, Hayachine and Kitakami and many places in between. But it was the towns on the eastern coast of Iwate that have been devastated by the tsunami. In the case of Rikuzentakata, the entire city was apparently overwhelmed by the tsuna

This calamitous event, of almost unimaginable proportions, following so closely on the devastating Christchurch earthquake, only reinforces for me the links between Japan and my country of origin, New Zealand – both being mountainous island nations, prone to seismic and volcanic activity and therefore both highly vulnerable to nature’s destructive forces. In both countries, over the next months and years, there will doubtless be intensive thought invested into how and where to rebuild devastated towns and cities, in an effort to avoid this horrific loss of life again.