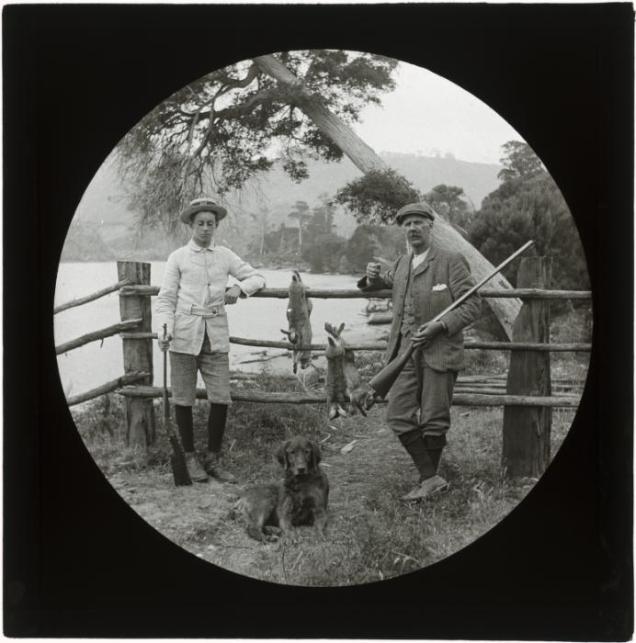 In Hunting: a New Zealand History, Kate Hunter explores the peculiar and unique development of hunting culture in New Zealand following its European settlement. She describes how working class settlers saw in New Zealand a chance to escape deprivation and class-based inequalities.

Many immigrants wrote back to family and friends enthusing about their freedom to hunt and fish, free from Britain’s game laws – which had since the 1670s restricted hunting to all but the aristocracy. The letters back to England of working class immigrants in the 1870s were full of stories about hunting pigs, goats, rabbits and birds, without fear of prosecution from the local constabulary.

Later, in the early twentieth century, at a time when hunting was becoming increasingly restricted to the wealthy in Canada, the United States, and other British colonies, hunting restrictions on deer and other game animals were being removed in New Zealand. By the 1930s, the hunting of deer, which was the epitome of aristocratic hunting back in the British Isles, was not only free to all on public lands, but strongly encouraged.

But for the early settlers, hunting was not simply a sport, it was a vital way of supplementing their incomes, or, often their larders, while they established crops, livestock farms or other livelihoods. Today, hunting continues to be an important source of supplementary income or food, in parallel with being an important conservation tool for controlling pest species. Thus, hunting has firmly remained in the sphere of the “working man”.

Related post: The furry money-spinner – the history of the possum in New Zealand

[Photo: Boy and Aubrey Whitcombe, after rabbit hunting, Catlins River, Otago (1908). Not to be reproduced without the permission of Alexander Turnbull Library, ref. PA11-162-001]

Click here to listen to Kim Hill’s interview with Kate Hunter about her book.

Do you have any hunting stories? If so, we would like to hear from you! You can either post a comment, or click on the letter symbol on the right-hand side of the home page to send us an email.