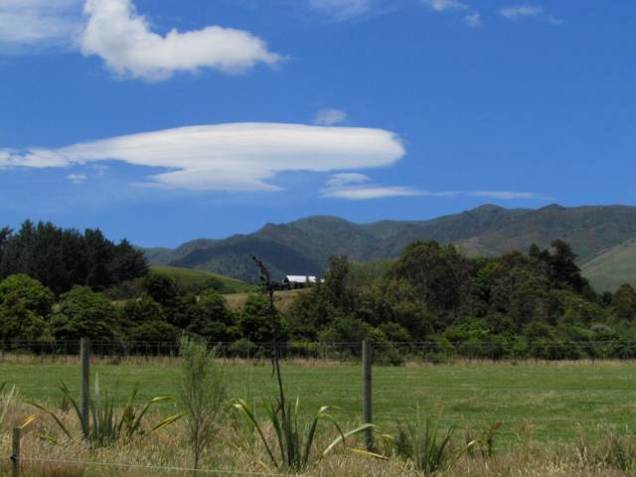 For a long time before I met my husband it had been my dream to find a block of land with remnant bush (indigenous forest) on it and regenerate the bush using locally sourced species. Not long after meeting my would-be husband, I shared this dream with him, and he responded – “That is my dream too!” … … of course, that was a fib – but it was early days in the relationship, and he was still eager to please! But in the end that was immaterial, because when we moved to the Manawatu – my childhood home – my husband searched tirelessly for over a year before finding the perfect place to realise this dream. And indeed, it was to be on this land that we would be married (photo below).

That place was in the beautiful Pohangina Valley, about 20 km north-east of Palmerston North [click here to view location], and as it happens, only about 8 km of Totara Reserve, a magical place that I remembered vividly from my childhood, and later “rediscovered” as an adult [click here to view location]. The block is bounded on the north-eastern side by a sleep gully with a stream, fed by the Ruahine Ranges to the east, running through lush bush with majestically sized trees – bush that was too inaccessible for the pioneering settlers or successive farmers to bother to clear for farming (photo below). The stream feeds into the Pohangina River, which itself meets the Manawatu River just south of Ashhurst. 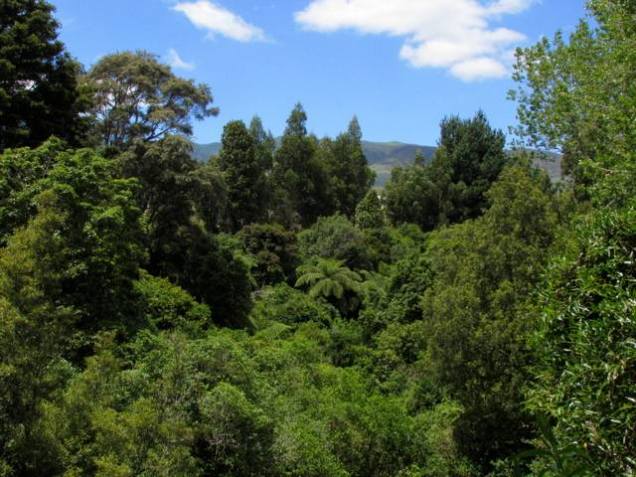 Soon after purchasing the land, we set about our regeneration work, accessing “open ground” (unpotted) local species from a nursery over the ranges in Woodville. We have now planted over 1000 trees, including small groves of totara, working from the boundaries of the property and working in. Recently we have built a small barn, so that we can “overnight” on the land and spend more time enjoying it and the trees as they grow.

It never ceases to amaze me how even a small remnant of bush such as this attracts so much bird life – kereru (wood pigeons), tui, kaka, fantails, and a flock of parrots (we are not sure exactly what kind, but they are very colourful and noisy, so probably Australian!) – we also believe the narrowest past of the gully is likely to be habitat to native bats – and this underlines how important it is to protect (and preferably regenerate) what we have left of our indigenous lowland forest in New Zealand. We plan to place a covenant on the land so that our regeneration work can be enjoyed by both people and wildlife for perpetuity.

Photo top: The view from the barn, looking towards the Ruahine Ranges. Some of our plantings can be seen along the fenceline. Second from top: Our wedding on the land. The bush gully forms a backdrop (Paul Knight). Third from top: Looking down into the gully towards the Ruahine Ranges. Bottom: Looking down into the gully in the direction of the Pohangina River and the Pohangina Village. All photos except second by C. Knight.

2 thoughts on “Creating our own Totara Reserve in Pohangina”