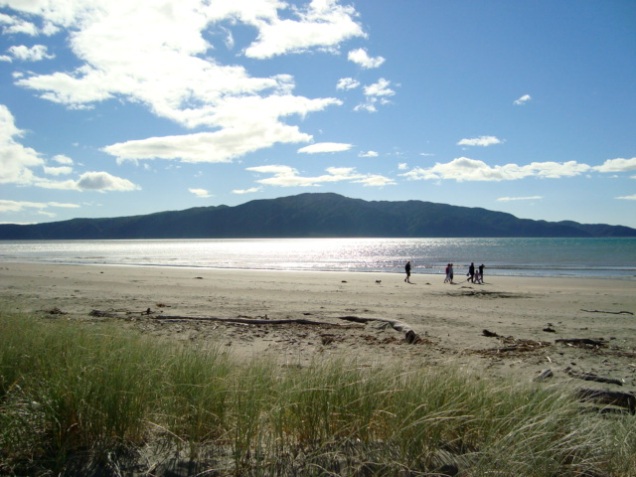 Kapiti Island is the summit of a submerged mountain range created by seismic activity 200 million years ago. It is 10 km long and about 2 km wide, covering an area of 1,965 hectares. The highest point, Tuteremoana, is 521 metres above sea-level.

The history of Kapiti Island neatly encapsulates – both geographically and temporally – the key phases of New Zealand’s environmental history. In a relatively short space of time it has been the object of intensive exploitation that saw its natural resources stretched to their limits, before entering a new phase as a predator-free haven for our rarest native birds. As such, it is now on the forefront of New Zealand’s battle to preserve its natural heritage. But, a lesser known part of its environmental history is the hundreds of years that it sustainably supported a small Maori population.

It is unclear when the island was first settled, but it is likely that this occurred at about the same time as the Kapiti Coast itself, given its proximity to the mainland and strategic location. As food resources were relatively plentiful, and the population limited, it is likely that these early residents did little to modify the land. It is thought that only the flat areas on the eastern shore were used for the cultivation of kumara and other crops. Therefore pressure on the island’s natural resources was low.

But in the 1820s, the Ngati Toa tribe migrated south from the Waikato and took over the island. About 1000 people settled there, and the increased demand for food led to the clearing new areas for crops and settlement. Then, in the 1830s, European whalers arrived and visits from European traders also became more frequent. These visitors brought with them cattle, pigs and goats and new crops, which further transformed the island’s landscape and ecology.

Despite these increasing pressures, much of the luxuriant nature of the island still remained in the late 1930s. When the German scientist, Ernst Dieffenbach, visited Kapiti aboard the Tory in 1839, he observed “The very vigorous vegetation” consisting mainly of rata, kahikatea and rimu. However, as whaling declined, farming became more central to the island’s economy, and farmers – Maori and European alike – burnt large areas of forest and bush to clear areas for pasture. It was only the topography of the island that saved it from being completely cleared – the bush in the centre of the island was left to regenerate because it was too steep to farm. Farming continued on some parts of the island until the late 1950s.