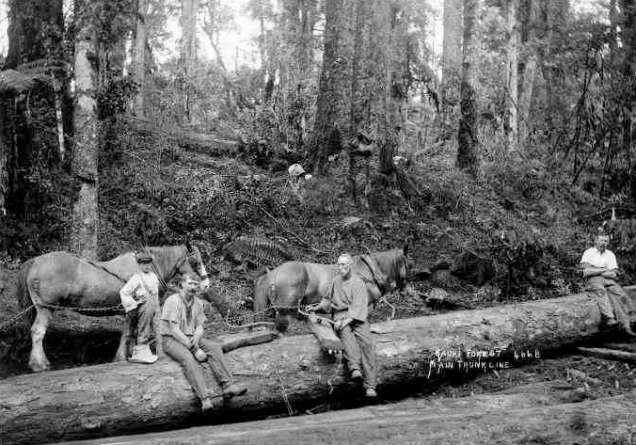 A previous article explored whether Scottish settlers brought with them certain conservationist attitudes and practices [click here to view], but there were also other nationalities that stood out among those urging a more cautious approach to the use of our natural resources in the early years of New Zealand’s European colonisation – one of the most prominent being the German voice.

In Our Islands, Our Selves, David Young introduces a number of German figures who spoke out in protest against what they saw as wasteful and wreckless treatment of New Zealand’s natural resources, including wildlife.

In 1843, Ernst Dieffenbach attacked the senseless destruction of whales, instead advocating “wise use”, saying “The results of the whale-fishery on the coasts of New Zealand are of very small amount in the British market, owing to the indiscriminate slaughter of the fish during the last fifteen years, without due regard to the preservation of the dams and their young.”

Another German, known as John Frederick Henry Wohlers in NZ, worked as a missionary for 41 years near Stewart Island. In 1858 he described the slaughter of whale calves as “intolerable” and “contrary to humanity…”.

In 1859, the visiting geologist and naturalist Ferdinand Hochstetter was disturbed by the destruction of the northern kauri forests which, he observed, were being “ransacked and ravaged with fire and sword”.

As Young states, it is fascinating to wonder why these notable voices of dissent in New Zealand’s early colonial years were all German. Did they have a more formed conservation ethic than their Anglo-Saxon cousins? Or perhaps they just brought with them an outsider’s perspective. Or could it also be that Germans, with a strong and influential tradition of philosophy, are less reticent that those of Anglo-Saxon descent when it comes to being critical of mainstream thought?