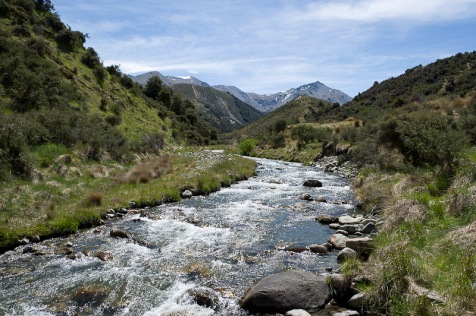 I am on a hunt … for poems about New Zealand rivers.

I have found a few by some of our well-known poets:

“The river in you” by Brian Turner

And I am sure there are many others, though I am not sure how to find them, apart from searching through endless anthologies, or asking people much more widely read than I am (hint!). Once I find a few more, I will be interested to see how many of these poems “about rivers” are actually about rivers. And how many simply use rivers simply as a backdrop, or as a metaphor (for life, relationships, etc). Rangitikei River song for example is not really about the Rangitikei River (as far as I can tell), it is about solitude, and “finding yourself” in it. Clutha V is about the Clutha River but it is also about many other things: hydroelectric development; an iconic landscape sacrificed for economic development; tensions between the South Island and the North Island (and its bureaucrats and big business).

“The river in you” is about the relationship people have with their “special” rivers. And I am not sure whether the “river in you” is the essence of the river that a person has internalised or a metaphor for how we are ever-changing, and maturing over time, just as a river is (could be both!) Here is an excerpt (the second half of the poem):

… on the long reach that flows south

light and sound are one

and you know the swirl

of having been there before

though it’s not quite the same

as last time and the time

before that and you sense the pull

that draws you back is the the river in you

racing to keep time with the river sound.

I would be excited to find a poem that tells the history of a New Zealand river, like River Birmingham does.