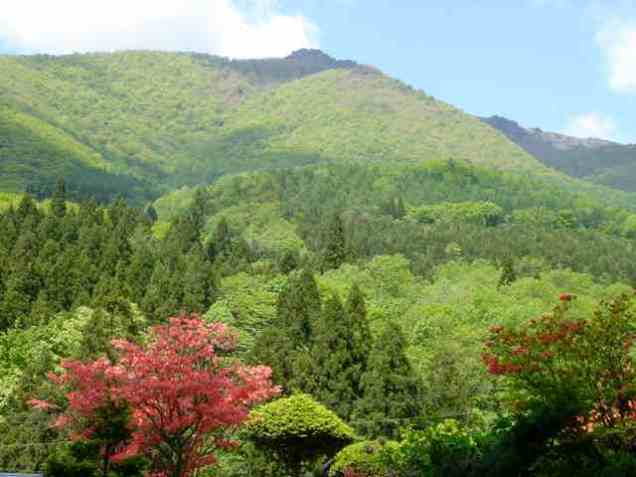 Geographically, Japan and New Zealand are strikingly similar: they are both longitudinally narrow and latitudinally long archipelagos of similar land-mass, and of comparable distance from the respective poles. They are both prone to seismic activity, and predominantly mountainous.

However, unlike New Zealand, Japan’s uplands are still largely forested – about 69 per cent of Japan is under forest, albeit over half of it comprised of exotic coniferous species. Japan also has a remarkable level of faunal biodiversity – owing to its geographical isolation, diverse topography and climate. As compared to New Zealand’s three original mammal species (all bats, one of which are now extinct), Japan boasts approximately 200 mammal species, including larger fauna such as brown and black bears, foxes and monkeys. In addition, it is habitat to over 700 bird species.

However, as a result of accelerated development over the last century, and particularly the post-war decades, Japan’s natural environments and the wildlife which inhabit them have come under increased pressure. Now, much of Japan’s natural forest, wetlands, rivers, lakes and coastal environments have been destroyed or seriously degraded as a consequence of development and pollution. Despite increasing awareness of the importance of preserving Japan’s remaining natural environments and wildlife, habitat destruction, inadequately controlled hunting, and introduced species pose a threat to these. A recently published article, by Catherine Knight, explores these factors, and the underlying forces—political, legislative and economic—which have undermined efforts to preserve Japan’s natural heritage during the post-war decades. You can read this article on the Asia Pacific Journal: Japan Focus. [Photo: mixed forest in Tohoku, Japan, by C. Knight]