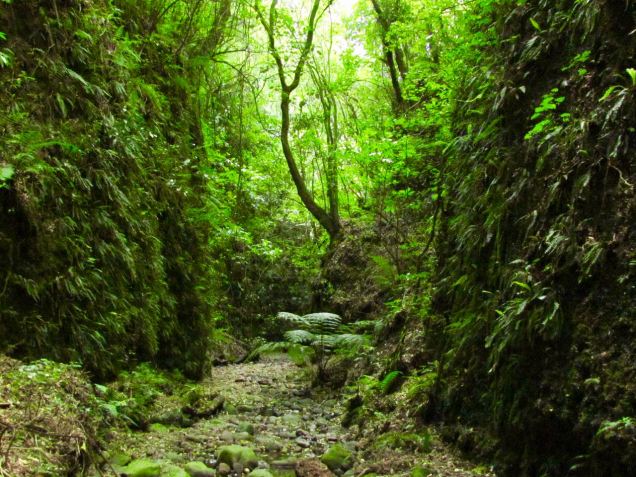 Do other countries have ‘gullies’? – I am not sure. The dictionary tells me they are also known as ‘small valleys’ and ‘ravines’. ‘Valley’, even of the diminutive kind, seems a bit too bucoIic to me, while ‘ravine’ sounds way too treacherous (though in fairness, some gullies are pretty precipitous).

In New Zealand, and especially the North Island where we live, the country is dissected by gullies running from the foothills of mountains and mountain chains, created by water running from these watersheds. Sometimes the streams that have created them are ephemeral – they dry up completely over the summer months. And often the gully dwarfs the skinny little waterway that runs down the bottom – hinting at more water-abundant times, perhaps after a previous ice age, when icesheets melted away, disgorging their contents as trickles that eventually became rock-gouging torrents.

Gullies, by their damp and recessed nature, often escaped the worst ravages of the European settlers’ forest clearance through fire and milling. Even if damaged, their unworkable terrain means they are more likely to have restored some of their tree cover, becoming oases of indigenous nature in an otherwise homogenous pastoral landscape. Even so, many gullies became convenient dumping grounds for farmers and householders alike, of old farming equipment, sheep and cattle carcasses, tyres, and general household rubbish. But many landowners today have come to value and protect gullies as important vestiges of indigenous nature and ecosystems of the lowlands and hill country.

Of course, the key challenge a gully presents to anyone lucky enough to have access to one, is how to get down it, with only a small chance of permanently maiming yourself. This becomes particularly important if you have youngsters. In our case, a series of footholds dug with a spade, ropes knotted at intervals, and a 2 1/2-metre high ladder did the trick.

And what an exciting world it has opened up for us. A discovery around every bend, on every fern and moss-covered gully-face, in every gully wall cavity. We now know where the kingfishers nest (in cliff-face burrows) and the kereru brings up her babies (high in a rewarewa tree). This is an entirely different ecosystem from the one we know up above – it is damp, cool, dark and largely windless – even on the windiest day. It is one that rewards the tenacious (trees that can grow sideways) and the moisture-loving. 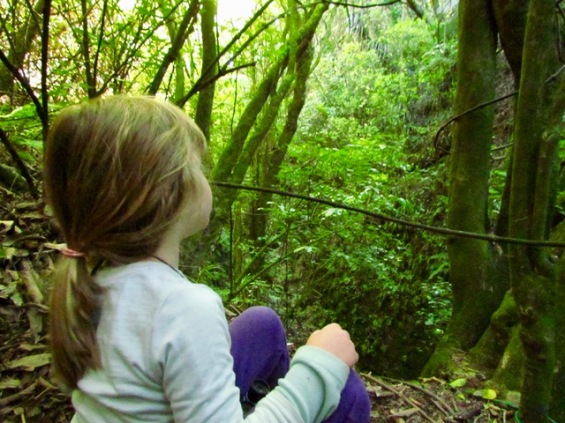 It also makes you think very differently about how Aotearoa’s first explorers traveled the country. Where dense forest made travel difficult (i.e., pretty much everywhere), these little gullies, with stoney streambeds largely free of vegetation, would have offerred a convenient means of traversing terrain.

In this sense then, these gullies, which converge and diverge in a vast network, similar to veins in a body or an (admittedly haphazard) roading system, are ‘subterranean’ – a secret world, for those of us lucky enough to explore them.

5 thoughts on “Treasuring our gully ecosystems”