Totara Reserve is situated in the Pohangina Valley on the eastern side of the Pohangina River, in the Manawatu [click here to view location]. It encompasses an area of 348 hectares, much of it podocarp forest, made up of totara, matai, rimu and kahikatea, as well as some black beech.

Its history as a reserve began in 1886, when it was gazetted under the provisions of the State Forests Act (1885) as a ‘reserve for growth & preservation of timber and for river conservation purposes’. This at a time when the area was been ‘opened up’ for settlement – settlement in the Pohangina Valley area began with Ashhurst in March 1879.

In 1932, a portion of the Reserve was designated as a Scenic Reserve under the provisions of the Scenery Preservation Act 1908, and vested in the Pohangina County Council. In 1947 the area was increased and, renamed  the Pohangina Valley Domain, passed to the Palmerston North City Council for develop as a reserve for recreational purposes. Administration of the reserve passed to the Manawatu District Council in 1989, and in 2013, it passed to the Horizon’s Regional Council, as the Manawatu’s only regional park.

Today, the reserve is valued as a rare remnant of lowland forest in the Manawatu district, by no means pristine, but nevertheless a valuable habitat for many indigenous species of plant and bird species. It is also valued as a place of recreation and rest by the many people that visit the reserve to swim, walk, picnic and camp every year.

However,  we have not always valued our indigenous forest in this way; the massive totara stumps which remain scattered throughout the reserve today serve as a poignant reminder not only of the grandeur of the trees that once towered above the forest, but also of the way in which values towards our indigenous forests have changed from an emphasis on utility to their scenic, ecological and, for many, spiritual, value. 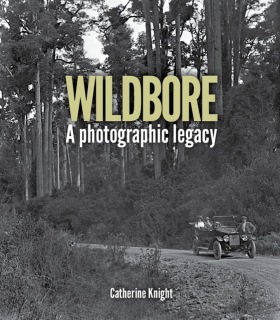 (This post was first published on this site in December 2009.)

The Wildbore photo above is also the one that adorns the cover of the newly released WILDBORE: A photographic legacy (Totara Press).

Note for geocachers (or those who would like to try geocaching): This is the site of a cache in the Wildly-famous-in-Pohangina Wildbore geocaching series (Wildbore 17). See http://www.geocaching.com for more details.