All my life I had driven through the village, the great iron gates to its cemetery and  spreading oaks speaking of a larger, lost past. From the 1950s I’d watched the gradual decline of a place that, long before my life, had been so much more. There was the smithy, whose hanging door I recall one day remained shut, the shops with their arthritic verandas, old houses that became hidden behind brambles as they staggered under the weight of vegetation and age. The village’s human edges greened and frayed until it was little more than a hamlet. Yet its centre survived.

There was still the Ben Nevis pub, Harry Stirling’s old garage, two churches, a graveyard on the hill and a broken necklace of 1860s wayside architecture where wayfarers might stop for a pie or sandwich and even a browse. I’d always wondered about how the place kept going,

Spring had been long and late-running, the grasses now deep, and some hay already bailed on what turned out to be a warm Sunday mid-November afternoon.

Most people folk were out enjoying the sun between showers, the sky bulking and curled in grey to the west.

As I parked the car across the highway from the old wooden kirk I noticed that most arrivals, men and women, were dressed up and sporting kilts. Some were in families with small children, most were older – more women than men – and they greeted one another.  Ewen caught my eye. Bearded and twinkly in his Grant tartan, he welcomed me, quietly. Roz, his wife, scooped me up and ushered me into the family’s pew, as the service was about to begin.

The minister was Welsh, a resonant baritone with a direct gaze. He had a sure-footedness and sincerity in front of a congregation. He told us he was wearing his wife’s family tartan.

The hymns had all been written by Scots and, with the help of a group from Turakina Maori Girls’ College, the singing did the occasion great justice. 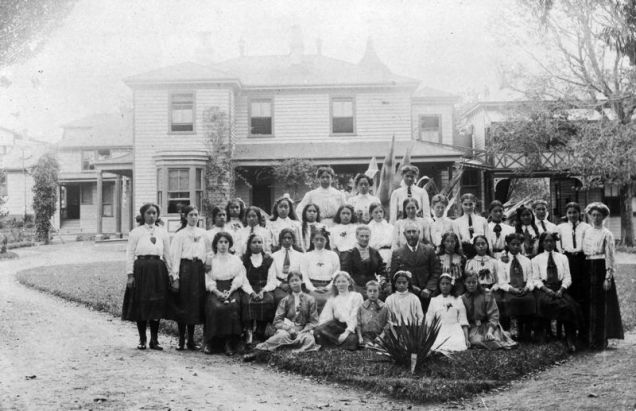 The Reverend Peill had done his research. “You will find no kirkin’ of the tartan in Scotland,” he assured us. There was no question, he said, that the occasion was rooted in the bloody fact of Culloden Moor, and the brutal truth of the Clearances.  The first was an extinguishment of the tartan by General Cumberland after that dreadful battle, when tribalism was crushed by relentless barbarism on and off the battlefield, then by edict. It was a kind of ethnic cleansing. The Clearances were another war, abetted by the English, aided by their lairds, in which sheep were given agency over long standing communities.

The grief and the outrage continued down generations, carried in the diaspora like a keepsake. It was not until the war years, in 1941 and not in Scotland but in Washington that the Rev Marshall first staged such a ceremony. This was Scots acting not so much in anger, but looking back in ways that remind them of where they have come from.

Both Ewen and John Cameron, each warrior-like in the full regalia of his clan, spoke of their respective tartans. Ewen talked too of the plain wooden kirk we were standing in, built in 1860 here at Turakina, by the Scottish settlers who had emigrated first to Wellington, then to the fertile plains of the Rangitikei, further north. The first kirk they had built in 1850. Others then came forward, describing the tartans that they were wearing, each in a range of ways making public their claims to their names, sometimes those of their spouses, and the pride of being who they were.

The service over, we repaired to the hall where a full table of refreshments awaited. 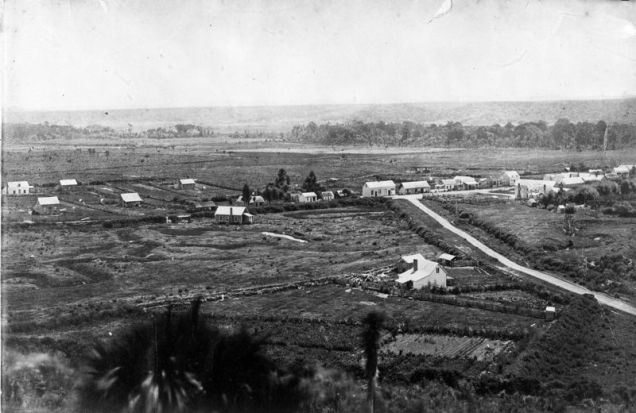 First though, the haggis had to be piped in from outside. As an acknowledgement of my new book, my first novel, Coast, I was given the honour of bearing the steaming haggis in a small procession behind the piper to the awaiting throng. For a man of lowland stock this was indeed an honour. Once deposited on the table, Robbie Burns’ “Ode to a Haggis” was recited from memory before the reciter took and plunged his ceremonial dagger into it. At that point, the men in the haggis party downed hearty haymakers of Glenfiddic, for ceremonial purposes, of course.

There is nothing quite like a Kirkin’ o the Tartan. Life in the village itself may be somewhat attenuated from that of the 1860s, but it is still the centre of much more than meets the passing eye.

Note to readers: “Kirkin’ o’ the Tartan” refers to “the blessing of the tartan” (“Kirk” means “church”). It has become a celebration of Scottish heritage, particularly among the Scottish diaspora in the United States and Australasia. The Kirkin’s roots appear to come from the “Act of Proscription”, when the wearing of the kilt was banned in the Highlands – Highlanders responded by hiding pieces of tartan and bringing them into church to be secretly blessed at the service.

See also: Coast: three generations of men on the Rangitikei coast; The “Kingdom of Taranaki” – is there truth behind the epithet?; Turakina – does the Celtic tradition live on in the landscape?

One thought on “Kirkin’ of the Tartan: the Scottish diaspora of Turakina”