I have learned a few things while reading “Seeds of Empire”, by Tom Brooking and Eric Pawson, including the definitions of some terms that crop up a bit in environmental history literature (see also: How did the Korean War change the NZ landscape?). One example of this is in Robert Peden’s essay “Pastoralism and the transformation of open grasslands” (Chapter 5).

Using Mount Peel Station* in central Canterbury as a case study, Peden explains how pastoralism transformed much of the eastern hillcountry (or rangelands, as he refers to them) of the South Island, and seeks also to debunk a few myths about the impacts of pastoralism while he is at it (specifically, about the role of pastoralism in rabbit infestations and burning as a management tool).What this author brings to the topic, which is quite unusual and – for that reason – valuable, is 25 years experience working on high country stations in the South Island. So, he can certainly not be accused of a lack of “field research”! Occasionally his intimate familiarity with the topic is betrayed by his use of farming vernacular, which consists of words that we are all familiar with, but used in ways that mean something quite specific (but tantilisingly, unexplained). So, for example, selling off surplus sheep to downland or plains farmers to “finish” them for export will make perfect sense to a farmer, but but may need some explaining to a lay reader, as would the specific meaning of “light land” or “light soils”, or “grazing” land “hard”. 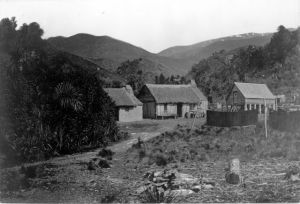 However, in other places, the author very helpfully provides us with definitions of some key terms that we may encounter a lot, but would struggle, if pressed, to give a precise definition for. “Pastoralism”, a term central to this essay, is explained in its historical context, in contradistinction to “livestock farming”, as refering to “a system of production where livestock were run on the open grasslands. When these were subdivided into farms, and the livestock run intensively, the system became one of ‘livestock farming’. In the late 1870s and 1880s, with the opportunity to profit from cropping, pastoralists readily turned to agriculture production at the same time as maintaining large sheep flocks.”

Two other terms I have often vaguely wondered about but not made the effort to investigate are those for “station” and “run”. Peden explains that in the early years of pastoral expansion in New Zealand, these terms had distinct meanings, but over time became interchangeable. A “run” was a “geographically defined area of Crown land for which a runholder held a grazing licence.” While a “station” was, “the site on a run where a runholder was stationed and from which the property was worked. The larger stations were made up of several runs.”

* Mount Peel (or more specifically, one of its more notable trees), featured in one of our earlier stories: Our favourite Californian – the history of Radiata Pine forestry in NZ

See also: How did the Korean War change the NZ landscape?