In Nga Uruora – Ecology and History in a New Zealand Landscape (Chapter 3 – “The Riverbend”), Geoff Park tells the history of the riverine forests of Mokau, a river which flows from its source in the forest on the slopes of the Rangitoto Ranges, out to sea at the Taranaki Bight, just north of the boundary between Taranaki and Waikato [click here to view map]. Here is one of the very few places left in the North Island where coastal forest remains intact down to the sea.

This area has a long history of Maori occupation, and the forest at the river-bend (called Tauwhare) in particular had been preserved and regarded as tapu because it was a traditional burial ground (bones of the dead were buried in the forks of the trees) [click here to see location of the Tauwhare forest].* But with European settlement of the area, this carefully preserved riverine forest was also under threat. The coastal plain, and particularly the fertile river flats, was seen as prime land for pastoral farming, and it was almost regarded as sacrilege to leave it in forest. 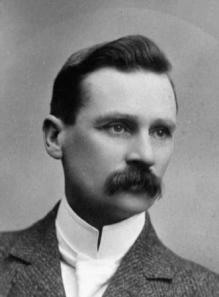 However, just as this land was being eyed up for “improvement”, prominent Christchurch MP Harry Ell was agitating for the Scenery Preservation Bill. It was enacted in 1903, and the Scenery Preservation Commission set up to travel the country to identify areas of outstanding scenic beauty worthy of preservation. At the top of its agenda on its second meeting was the forest on the banks of the Mokau River. Nonetheless, the government’s plan to preserve Mokau’s forests for its scenic value, rather than allowing them to be converted to farmland, met with vociferous opposition, and, even as the Commission worked to progress the making of the Mokau forest reserve, a local timber company was busily taking out the best of the timber from the section of forest it had gained milling rights to.

Meanwhile, amendments needed to be made to the original Act empowering the government to take Maori land (including tapu or “wahi tapu” places). These were made in 1910, and in 1912, the forests of Tauwhare were vested in His Majesty the King “for scenic purposes”. Unfortunately, it was not clear to the Native Land Court who the Maori owners of the land were, and it appears compensation was never paid out.

However, the controversy was far from over even with the Mokau River Scenic Reserves gazetted. Park explains how, with the end of the First World War, soldier settlers were balloted blocks of sandstone hill country to clear – this had much poorer soils than the plains, but was all that remained for allocation. Their disappointment turned to anger when they discovered that, while they had been allocated such inferior land, fertile riverflats had been preserved for scenic purposes. In February 1921, a furious delegation confronted the Minister of Lands, demanding the government revoke any reserve on land that could be brought into production. One settler had already had the reserve designation on his land lifted, and others wanted the same. However, the Commissioner of Crown Lands held firm.

Park completes this essay with this passage:

Certain landscapes demand an emotional response, a deeper, even moral reaction to the land…Suspended still in its ancient protection, remote now from the imperial quests that removed anything like it elsewhere [in New Zealand], Tauwhare is a last chance to acknowledge that the brief human time in these islands has included a greater sense of nature than is common today.

*Park recounts the strangely disturbing story of how the German missionary of the Wesleyan Church, who was stationed at Mokau during the 1840s, attempted to rid Tauwhare of its tapu, and the “pagan beliefs” associated with it, once and for all. With his Maori “converts” as audience, he built a fire under a massive kahikatea used for tree burials, and ignited it, in moments turning the once towering 800-year old giant into a smoldering lifeless skeleton (p.136). Park notes on his visit in the 1980s that the site where this fire took place is still obvious in the forest, the tell-tail sign being a “tight thicket of manuka” rather than the established forest of the surrounding area … “to the ecologist, a sure sign of disturbance”(p.119).

For other posts drawn from Geoff Park’s book, Nga Uruora, see: The valley of disappointment; The slewing of our kahikatea forests: how Jurassic giants became butter boxes; The conquest of the “noble” forests of Waihou; From “swamps” to “wetlands”.