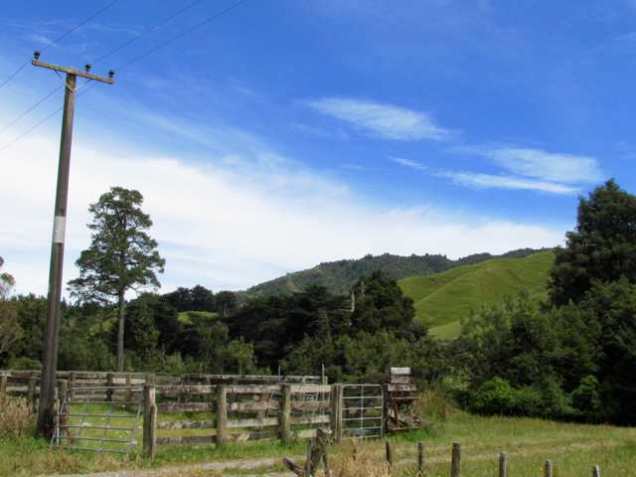 This landscape was taken from Mangaone South Road, Reikorangi [click here to view map]. Mangaone South Road largely follows the Waikanae River as it makes its way from the western foothills of the Tararua Ranges out to sea. In this shot, pasture-covered hills can be seen in the foreground, while regenerating bush-clad hills can be seen in the background.Reikorangi was one of the earliest areas settled by Europeans in the Kapiti area, and its history is palpable in the landscape, including disused bridges over the Waikanae River, and abandoned machinery beside the roadside. In particular, abandoned sawmilling machinery can still be found at the site of Baxter’s Mill which operated at the end of Mangaone South Road until 1935.

As Chris and Joan Maclean outline in their history of Waikanae, the Mangaone Valley was settled by farmers in the 1890s, but until the late 1930s, sawmilling was more economically significant than farming. Most of the accessible timber was cut out during the 1890s, but isolated pockets were worked over until the 1950s. As the land was cleared it became apparent that much of it was too steep and too poor for farming. Some of the more unproductive land has been planted in pines,  but much of it has reverted to secondary (regenerating) bush [see photo below]. 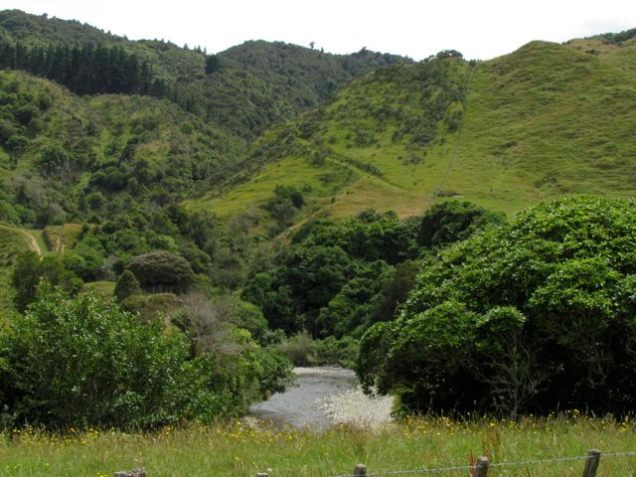 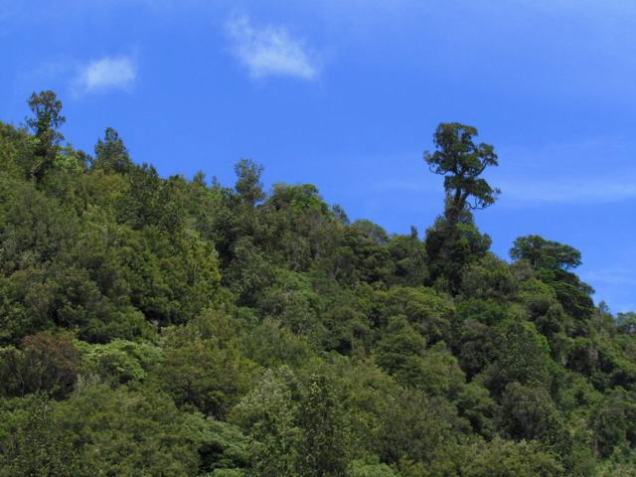 Photo top and second down: Both these shots were taken from roughly the same place, one looking south-west, the other looking north-west. Waikanae River can be seen in the second view. Bottom: A shot of the bush-clad hills at the end of Mangaone South Road taken from near the site of the Baxter’s Mill. From here, a Department of Conservation walking track goes north through the hills to Mangaone North Road. (Photos: C. Knight).