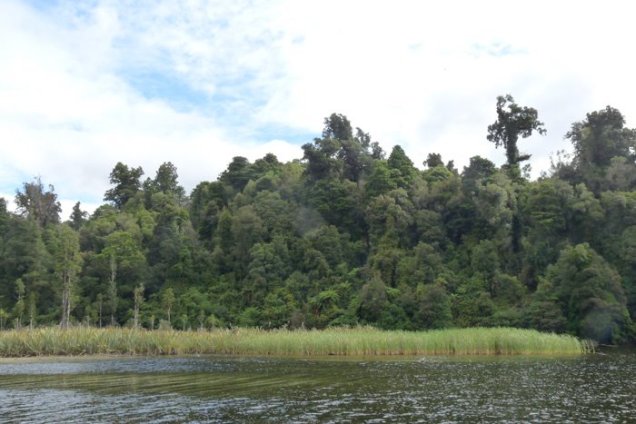 On 16 November 1769 Captain James Cook in his ship Endeavour cast anchor off Tararu Point, about 2 miles north-west of the present town of Thames [click here to view map], and made a short excursion on the Waihou River by ship’s boat. Both Cook and the ship’s botanist Joseph Banks were deeply impressed by what they saw. In his journal, Banks proclaimed of the river and the surrounding forest:

…indeed in every respect the properest place we have yet seen for establishing a Colony; a ship as large as Ours might be carried several miles up the river, where she would be moored to the trees as safe as alongside a wharf in London river, a safe and sure retreat in case of an attack from the natives…The Noble timber, of which there is such an abundance, would furnish plenty of materials either for building defences, houses or Vessels. The River would furnish plenty of Fish, and the Soil make ample returns of any European Vegetables sown in it.

… Swamps which might doubtless Easily be drained, and sufficiently evinced the richness of their soils by the great size of the plants that grew upon them, and more particularly of the timber trees which were the streightest, cleanest, and I may say the largest I have ever seen… 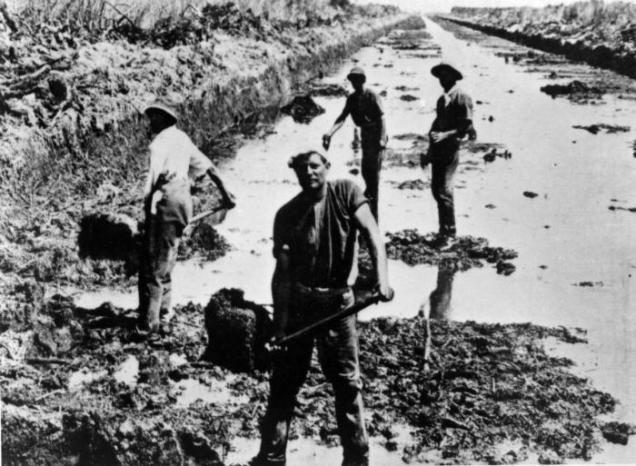 Seemingly oblivious to the fact that the river had a name, Cook named it the Thames. Attracted by Cook and Bank’s reports of rich fertile plains that would “doubtless be easily drained”, an easily navigable river, and an “endless” forest of a hard-wooded, towering trees, (though this was erroneously based on the Endeavour party’s felling of a matai – similiar in appearance but much harder than the soft-wooded kahikatea), settlement of the area began in earnest 70 years later. Within a few decades of European settlement, the towering and “noble” kahikatea forest had completely vanished, and drainage for conversion to farmland well underway [see photo above right].

Today, the Hauraki plains is an expanse of farmland and settlements [see photo below] – few clues remain of the once ancient and majestic forest that once flanked the Waihou River. 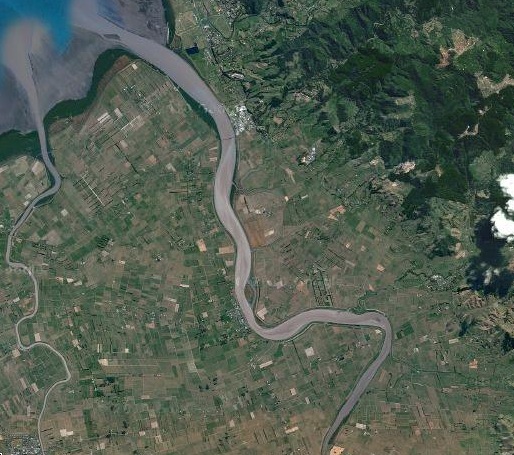 Now, such kahikatea swamp forest only exists in a handful of places, most notably south Westland in the South Island [see photo top]; elsewhere in New Zealand having been milled (not for ship masts as originally envisaged, but primarily for boxes to export butter), and the wetlands which nurtured both these ancient giants drained.

[This post inspired by and extracts cited from Chapter 1 “The Immense Trees of Ooahaouragee”, Nga Uruora – Ecology and History in a New Zealand Landscape (1995), by Geoff Park]

See also: Landscape and history; From “swamps” to “wetlands” ; The slewing of our kahikatea forests: how Jurassic giants became butter boxes

Photo top: One of New Zealand’s last remaining kahikatea forests, at Lake Mapourika, South Westland. Photo: Adrienne Rewi. Not to be reproduced without permission from Adrienne Rewi. Photo above right: Men labouring on the Maukoro Canal, one of the major state-sponsored projects to drain the Hauraki Plains. Taken circa 1904-1910. Not to be reproduced without permission from Alexander Turnbull Library ID: 1/2-103449-F. Photo bottom: A satellite image of the Firth of Thames, Waihou River and the surrounding Hauraki Plains. What was once kahikatea swamp forest is now an extensive patchwork of fields interspersed by small towns (Google Images).